With all the benefits of mirror window film, it’s no wonder that Clear View Window Tinting in Richmond VA is one of the leading experts in window tint installation. If you are interested in getting your windows tinted with one-way mirror film, call us today to schedule an appointment with our team. We offer a range of services including residential and commercial installations at competitive rates. We proudly serve the greater Richmond VA and Charlottesville VA areas.

The one-way reflection property makes this film perfect for use as a home security measure because anyone looking in will only see their own reflection instead of the person or items within the room. One-way mirror film has been used for decades by law enforcement agencies around the world as an effective tool for covert surveillance applications such as drug raids and human trafficking investigations. 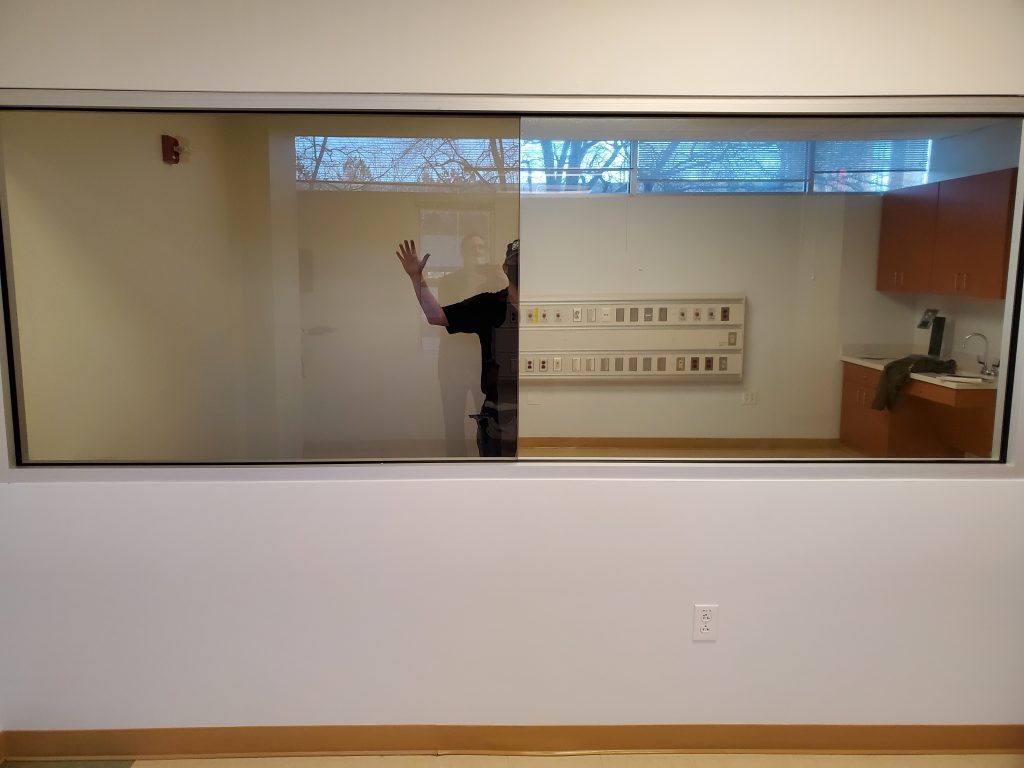 A one-way mirrored window film on the left, untreated glass on the right

Other Advantages of Mirror Window Film